March 25, 2015
I was excited when the folks at Tres Latin Foods asked if I'd like to try their new frozen Pupusa's. The giggler eats Trader Joe's tamale's for lunch several times a week and I would love to give her an alternate meal. Plus, the idea of being able to toast up a tasty pupusa in just a few minutes versus making them from scratch also got my attention. So the folks from Tres Latin Foods sent me some coupons good for two varieties to try at my local market. Unfortunately it took me a little while to find them at my local stores but they've recently increased distribution and can now be found at two stores near me- Sprouts and Whole Foods. I opted to try the Black Bean & Sweet Corn variety as well as Spinach and Cheese. Their other varieties also sounded delicious: Kale & Pinto Bean, Green Chili & Cheese and Pinto Bean & Cheese so it was a tough choice. 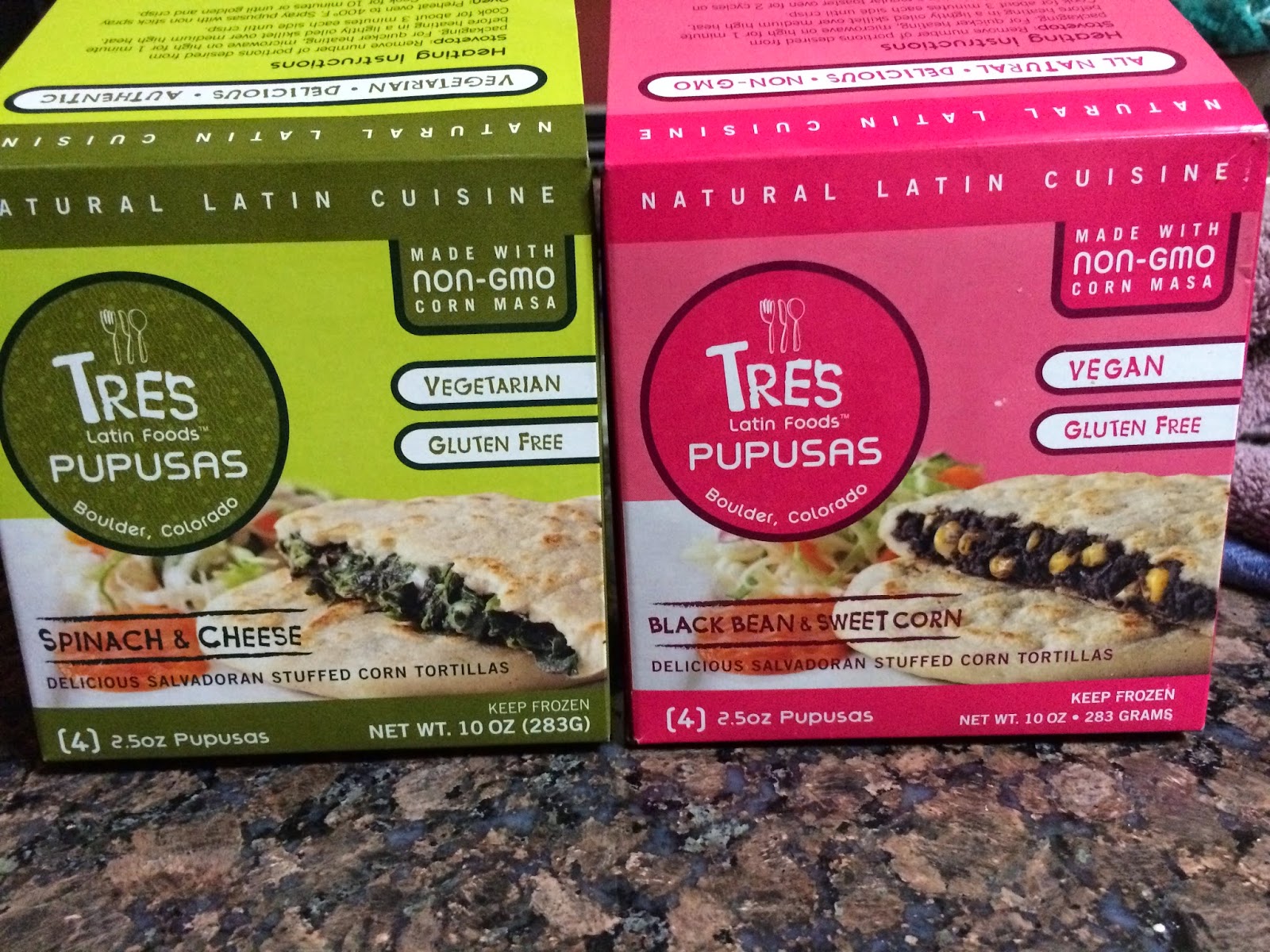 These Pupusas are very wholesome - many of the ingredients are organic and they lack the usual preservatives often found in prepared foods- far more wholesome than those Trader Joe tamales which have become a staple in our home.

So how were they? Pretty good! The first time I prepared them by cooking in the toaster oven, oven setting, and they were warm but not very crisp. The spinach and cheese was a big hit while the black bean and sweet corn was a bit bland although this could be remedied with some sort of salsa on the side. I wish the Black Bean & Sweet Corn pupusa had just a little bit more filling. 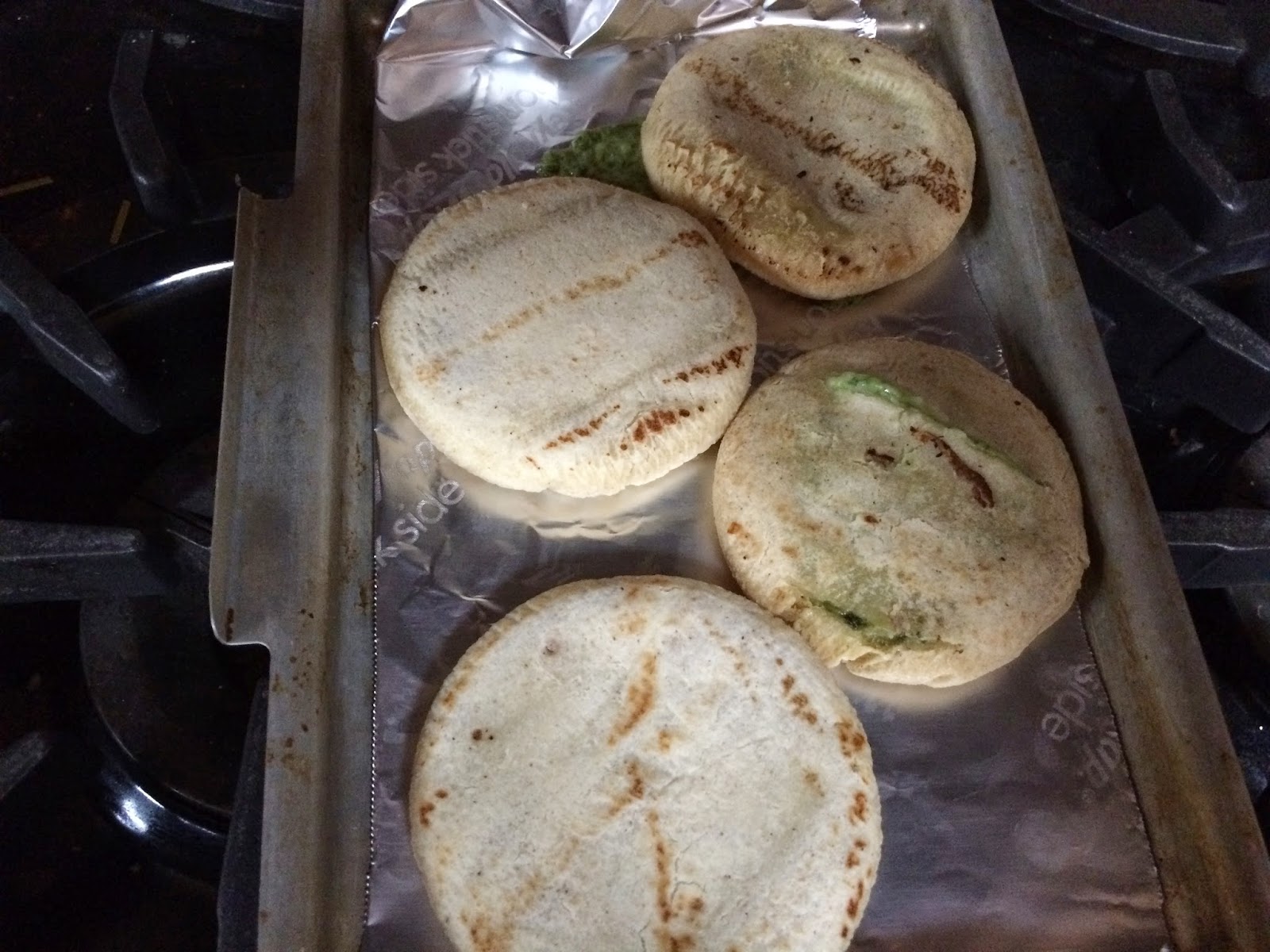 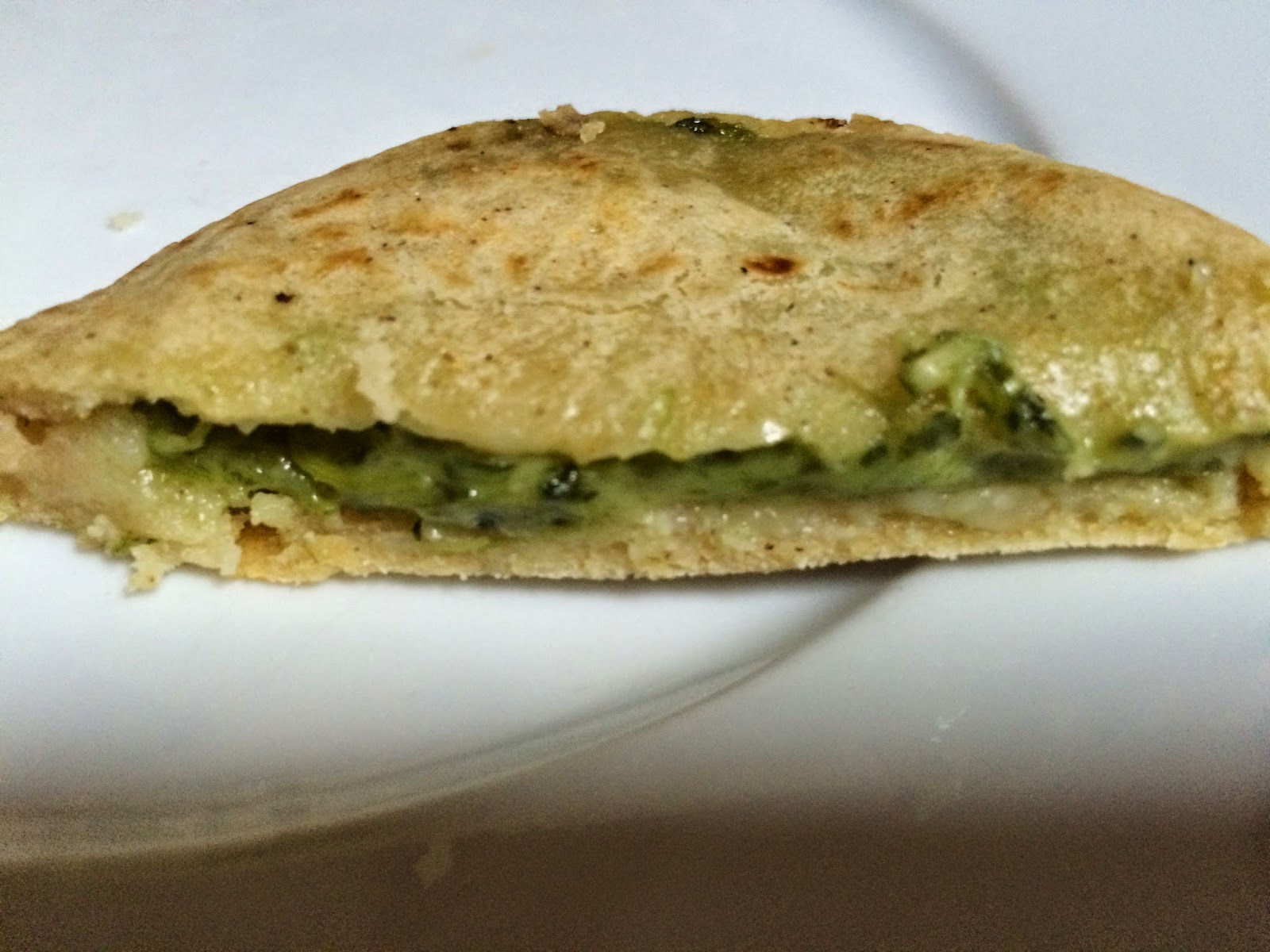 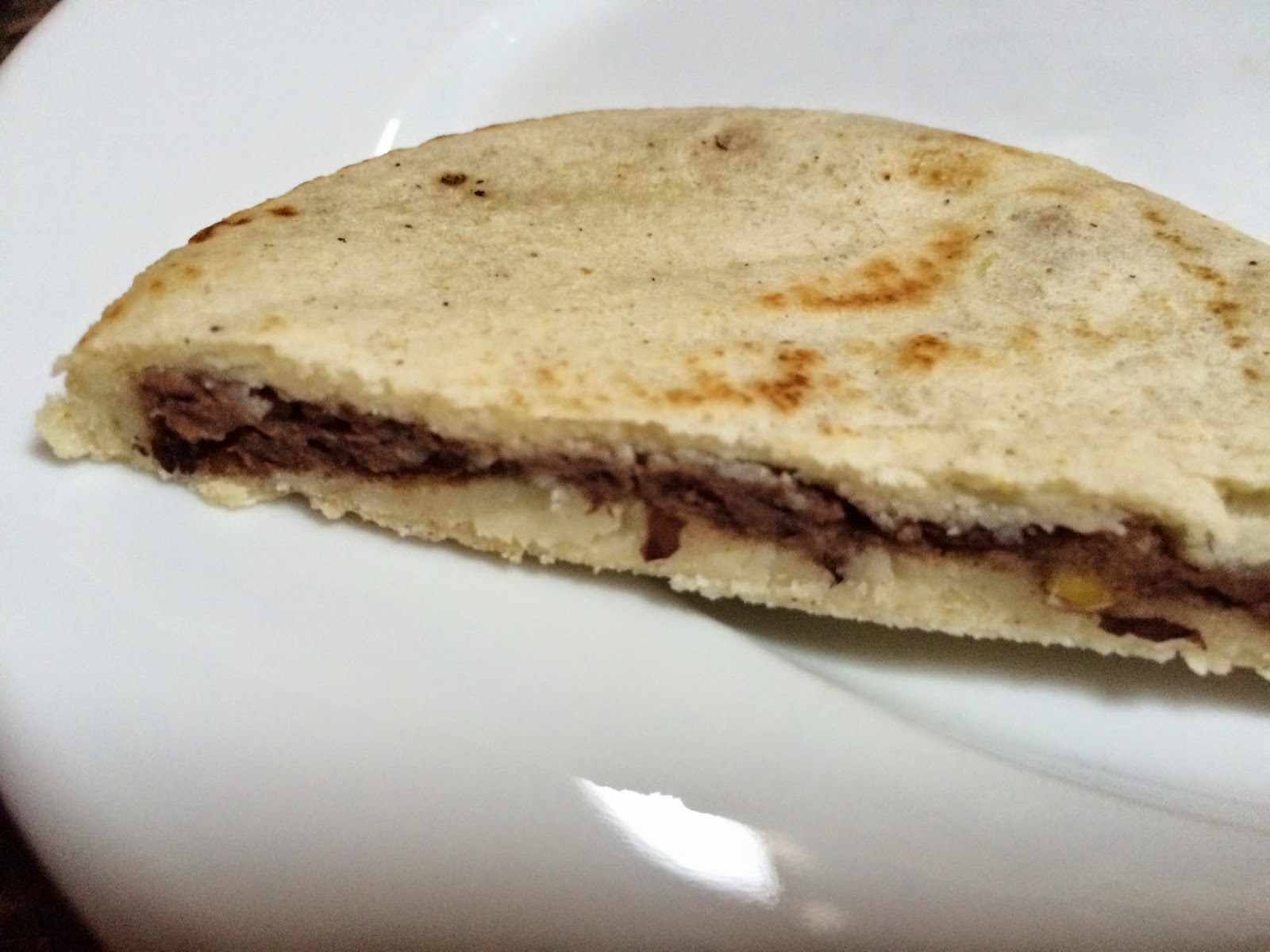 The second time I toasted them in the toaster oven for 3 cycles at the darkest setting and this was a much better outcome - warm on the inside and a nice crunch with chew on the outside. Nice as part of a meal or a mid-afternoon snack.

I haven't tried these cold yet as a lunch for the Giggler. They are pretty small - 130 calories (Black bean & Sweet Corn)  and 160 calories (Spinach & Cheese) so I'll probably have to give her two or give her something else in addition to a Pupusa. Unfortunately I forgot to collect the retail price at Sprouts but believe each box (4 pupusa's per box) runs $5-6. 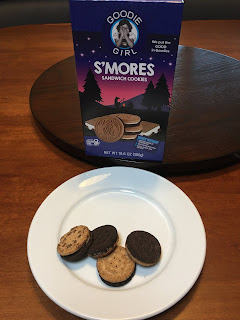 Goodie Girl sent me some boxes of their new S'Mores Sandwich Cookie to try as part of this weekend's virtual Nourished Festival .  I've been a huge fan and unofficial ambassador of Goodie Girl cookies for years and wrote about them back in 2017 as a how-to-not-feel-left-out when Girl Scouts Cookie season approaches. Since then, Goodie Girl has added many new products including breakfast biscuits and a variety of sandwich cookies including an Oreo-like Chocolate Cream Sandwich and ever-so-fun Birthday Cake Sandwich .  Let me tell you, their sandwich cookies are the best out there- even better than gluten varieties like Oreo. The new S'More is also delicious. I'm not sure how they do it but they are full of flavor, not too crispy and the filling is oh-so-satisfying w/o having to make your own "double stuffed" variety. I still like the Glutino sandwich cookies but can't stand the other gluten free brands and if given a choice, will pick Goodie Girl e
Read more 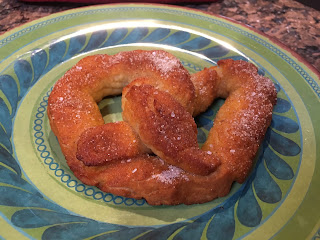 Mom's Place Gluten Free sent me some products to sample and review as part of the upcoming Nourished Festival . I also participated in a blogger event a few weeks ago where a member of Mom's Place Gluten Free answered our questions. During this session I also learned that they had sent custom samples to each participant based on each of our unique dietary restrictions, and that their web site has an Allergen Filter so you can easily find the products that you can consume - so from the get-go I was impressed with this business. Before I go into a long narrative let me summarize to say these products are the real deal. Delicious, high quality, wow.  I don't recall where I first heard about Mom's Place Gluten Free but in 2019 I must have stumbled upon them while reading an article about disaster preparedness. As we have earthquakes out here in Cali, I've been planning to put some emergency food in our shed but just hadn't gotten around to it. Mom's Place Glu
Read more