This post was originally published April 9, 2015 and is regularly updated as I discover new snacks which displace others on the list.

The hubby spotted these at CostCo last weekend. Billed as Organic & Gluten Free, these chips taste like a whole grain corn chip. They are lightly salted and crispy and could easily hold a dip  like hummus or peanut butter and stand nicely on their own. 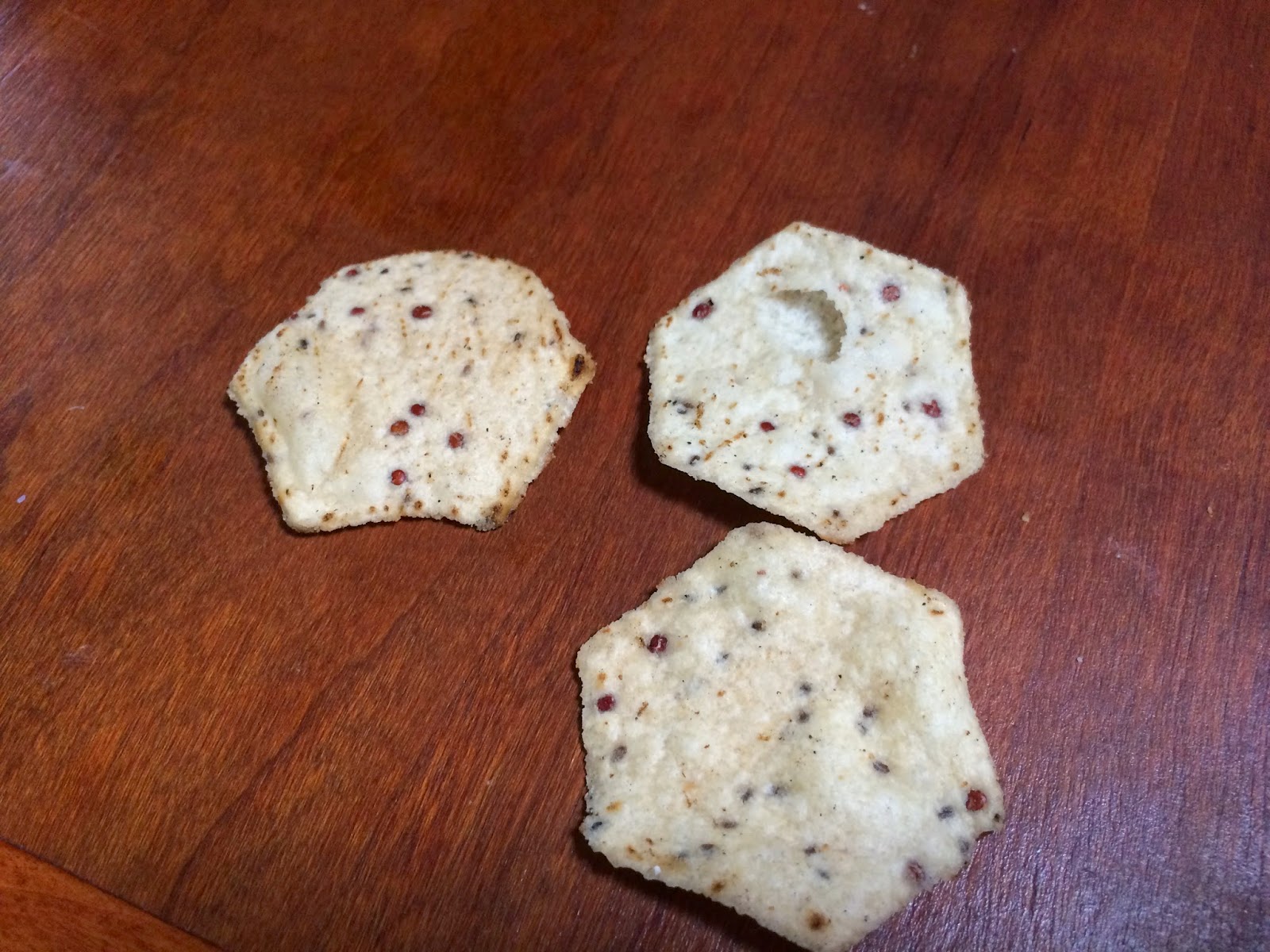 These will be a regular purchase from now on - I hope Costco continues to carry them. The flour mix consists of brown rice, millet, quinoa, amaranth and potato and are dusted with chia and quinoa seeds. According to Luke's web site they also come in multi-seed, sea salt, bean & seed, black pepper and garden vegetable. Garden Vegetable sounds tasty - I hope I can find them somewhere. Other than Costco it doesn't look like they are available at any of my local grocers yet. I can't provide you a direct link but if you go to their main site by clicking here, then scroll down and click "Crackers" below that you will see a link "Where can I buy some".

When I first went gluten free in 2007, I figured I'd be done with pretzels but within that first year my local Whole Foods started carrying the Glutino Pretzels, which had a nice crunch but a slightly weird aftertaste. (Although I still adore their yogurt covered pretzels!). When Snyder's came out with their own gluten free pretzels a few years ago I was hooked. They taste exactly like the gluten variety. Light, crispy and highly salted. You can find them in twists as well as sticks and according to their web site there is also a mustard flavor. I've recently been able to find these at some Safeway stores although Whole Foods is still my go-to location as they seem to always have them in stock. These are perfect for road trips and school snacks. 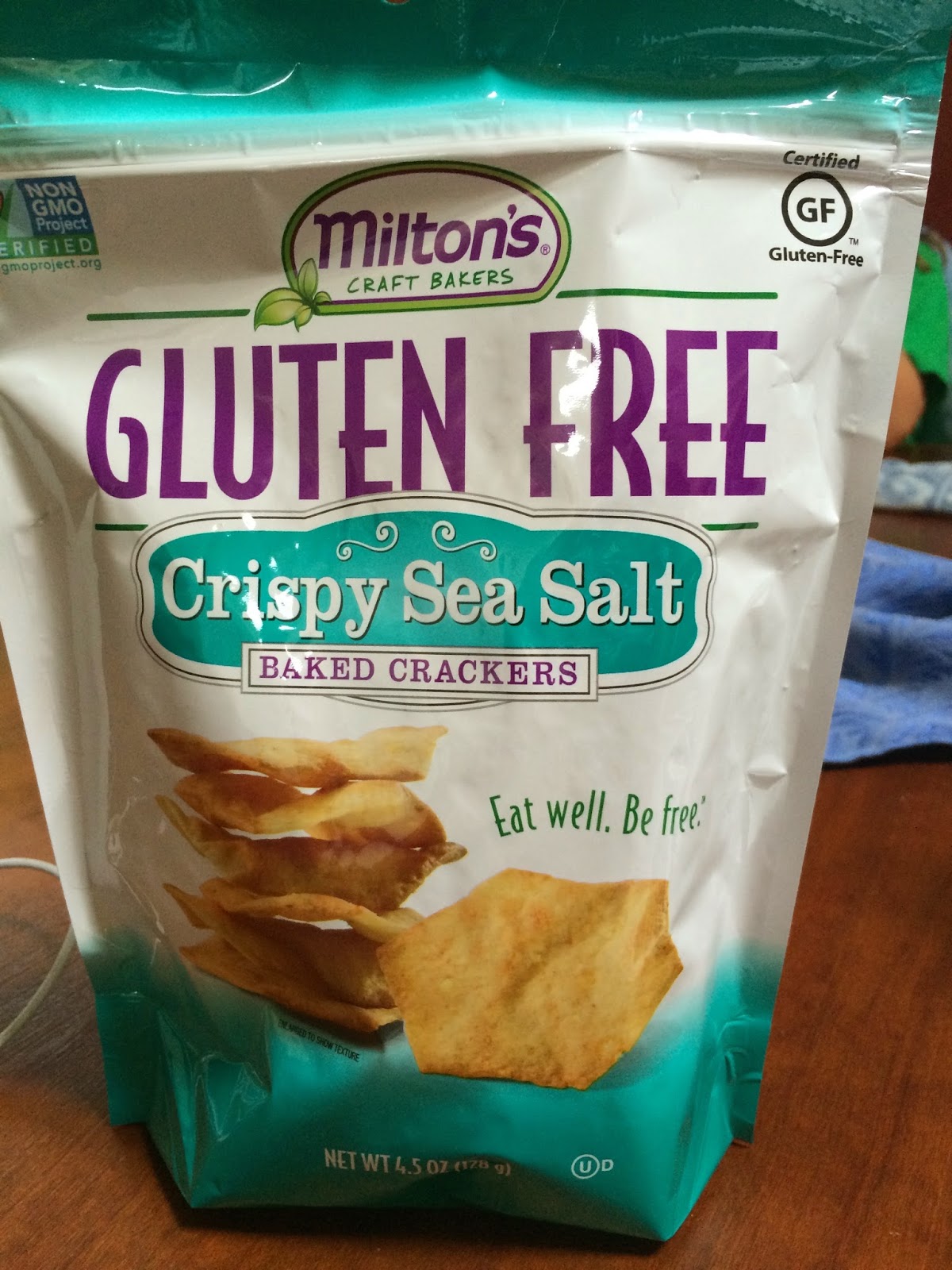 Milton's makes their crackers in several flavors: multi-grain, "everything", sea salt and cheddar. My favorite is sea salt. These crackers have a great light crunch and almost seem like they have air pockets inside. They also taste a bit buttery and are great with dips or on their own. The only reason I don't have them rated #1 or #2 is that they are a bit delicate and tend to break into powder pretty easily so I recommend them for home consumption versus travel. I can find Milton's at both Sprouts and Safeway. 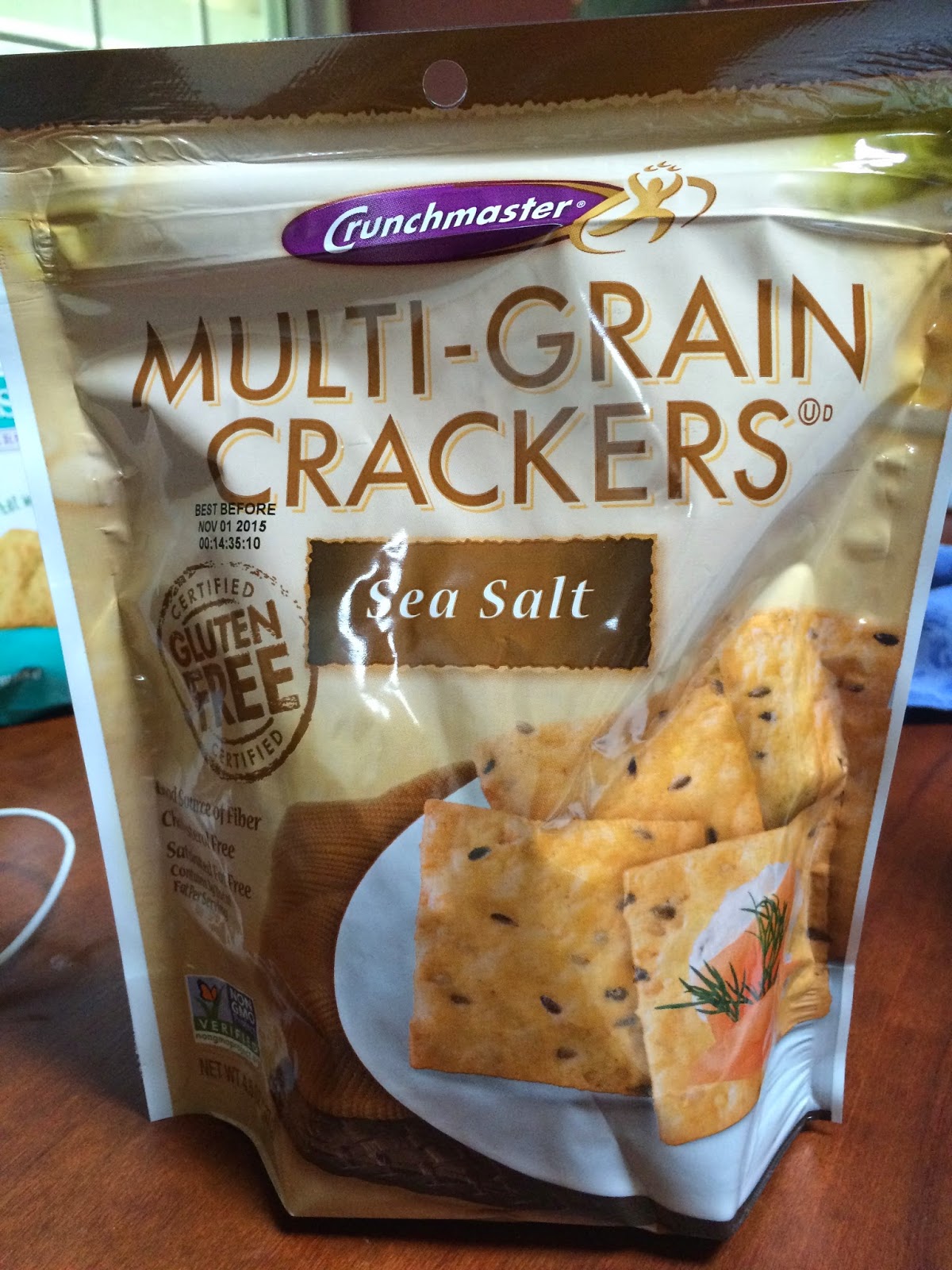 These are a bit thicker than Luke's and Milton's and have many different flavors.  You can find Crunchmaster multigrain crackers in the gluten free GoPicnic meals.  Crunch master also makes small kid-size crackers in Cinnamon and Cheese flavors although when I buy them they tend to sit in the pantry for awhile - the flavors are not nearly as addicting as the Van's crackers.I'm assuming Crunchmaster probably has less sodium than Van's although I don't have a box handy to compare. Salt, sugar and fat are the keys to making a food addictive (interpret that as you wish).

We first discovered Way Better Snacks at the 2013 Gluten Free & Allergen Free Expo in San Francisco. The hubby's favorite flavor by far is the Sweet Chili Corn Tortilla Chips which really pack a lot of heat. He can down a bag in a single sitting so be sure to portion out the chips before it's too late! Note - I saw Way Better Snacks now offers crackers but READ THE LABEL- they have sprouted barley which is not gluten free.

#6 Food Should Taste Good - Multigrain Crackers
These are my favorites for the standard party chip and also does great with Nachos. I can buy them at most grocery stores as well as Costco.

#7 Van's Gluten Free Crackers
I first happened upon Van's at my local Safeway who had them on sale. These suckers are addicting so watch your portions. Tiny little crispy salty chips of goodness. My favorite flavor is the "Say Cheese".

#8 Frito's Corn Chips
These were my favorite chips growing up - and that was decades before I realized gluten was harming me. Be sure check the ingredients labels as some of the flavored versions do have gluten ingredients.

#9 Real McCoy's Rice Chips
I first tasted these at the 2014 Gluten Free & Allergen Free Expo up in San Mateo. They are packed with flavor. The only reason I don't buy these more is because (1) they are addicting, and (2) they are a bit pricier than some of the other options out there. My favorite flavor is Sweet & Spicy.

#10 Blue Diamond Nut Thins
Other than Frito's, the only crackers on this list which existed that were decent were these Blue Diamond Nut thins. They are very thin and crispy but pretty hard. They have a lot of different flavors like Cheddar Cheese and Smokehouse. The only reason I stopped buying them was when the Giggler started preschool and I had to find crackers which were also nut free in order to include them in school snacks. That's just about when Crunchmaster came out and over time the others in this list were launched.